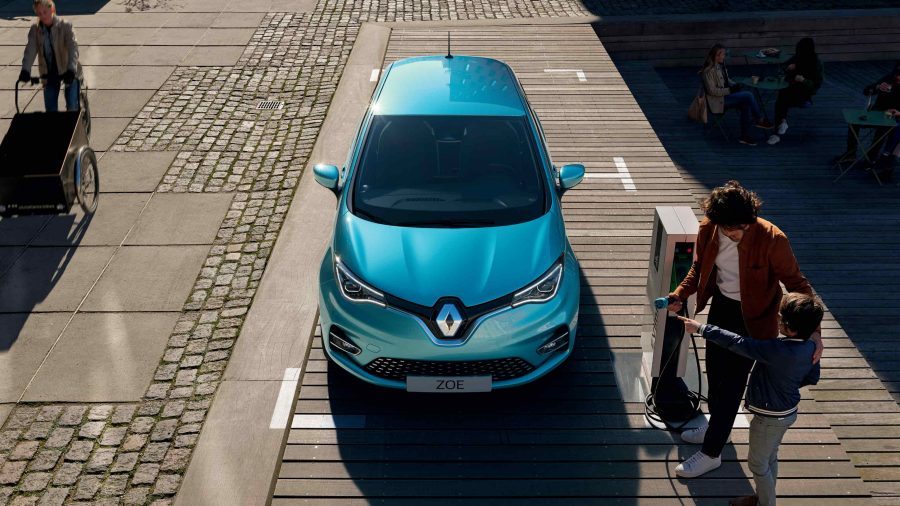 It does not matter where in India or the world you live. Family matters! Love and protection are core themes for us parents. We strive to enable a better future for our children. There are many ways to create a better world and improving air quality is one of the ways.

In India, cities, towns and villages sadly have one thing in common: increased air pollution. Though a number of factors contribute to air pollution, one of the key offenders has been tailpipe emissions from internal combustion engine (ICE) vehicles. This has resulted in a significant increase of air pollution, that has impacted the health of a number of individuals, to include the vulnerable, in particular the children. According to the UNICEF, across 86% of the UK, children are breathing harmful levels of toxic air.

We do not have the luxury to wait to improve air quality. We need to act now, with a determined urgency. Electric cars have many advantages over petrol and diesel cars, but none more so, than the positive impact in regards to air quality. Pure electric cars have no tailpipe emission and therefore do not contribute to increasing pollution. Every parent can make a difference to the quality of their children’s future by simply replacing polluting vehicles by zero-emission battery-electric vehicles.

We hope that sooner than later, a number of the emission-free family electric vehicles will also be available to consumers in India. Of course, EVs are already available in India from local and international automotive manufacturers, like Tata Motors, Hyundai and MG Motors. However, we expect the availability of EVs to increase significantly over the coming years.

Moreover, electric vehicles (EVs) have become much more affordable, in particular, the small electric cars. Driving an electric vehicle (EV) is cheaper than driving a petrol or diesel vehicle. As an example, in India, filling a full tank of fuel for the internal combustion engine (ICE) Tata Nexon SUV will cost up to Rs 5,000 (assuming an average cost per litre of Rs 100. The Tata Nexon has a fuel tank capacity of 44 L).

Small electric cars, like hatchbacks, are perfect for small families and couples. The electric car range of small EVs have increased, with most achieving closer to 200 electric miles (WLTP) on a full-charge. In some case, it is even more than 200 miles. The all-electric Renault Zoe Play has an electric range of 245 miles. Moreover, these green cars come with rapid charging, reducing significantly the charging time at public charging stations. In some case up to 80% of the EV battery can be charged within 40 minutes. Perfect time for getting the kids fed on the road!

Hatchback are by design very family-friendly. In our top picks for hatchback electric cars, we have considered design, practicality, costs and performance. All the pure electric hatchback cars are well suited for small families living in cities, towns or even the countryside.

The pure electric hatchbacks combine elegance, performance and practicality with ease. There is ample room for children to sit on the rear seats and to carry their school gear and more in the boot. Moreover these hatchbacks are also a perfect getaway vehicle for family outings and weekends, without worrying about range anxiety! Of course these electric cars are also well suited for chores like grocery shopping, school-runs etc.

The BMW i3 Electric Hatchback

The BMW i3 electric hatchback is part of the BMW zero-emission sub brand ‘BMW i’. The plug-in electric i3 car is the first mass-market BEV manufactured by BMW. The BMW i3 made its debut at the International Motor Show in Germany 2011, with production commencing in 2013 in Leipzig, Germany.

The BMW i3 is a high quality compact electric car, perfect for families living in city centres or suburbs. The EV can easily fit children and young adults in the rear seat, with enough boot space for school gear, grocery shopping etc. The access to the unique rear-hinged rear seats is easy for children and adults. The 42.2 kWh EV battery size is sufficient for most requirements, to include weekend getaways and day trips. On a full charge, the hatchback electric vehicle can achieve nearly up to 200 emission-free electric miles (WLTP).

Vauxhall (Opel) announced the launch of a battery-electric vehicle (BEV) Corsa in December 2018. The all-electric Corsa-e looks very similar to the hugely popular internal combustion engine (ICE) Vauxhall Corsa supermini. But this is where the similarity ends. The Corsa-e is fully electric and has zero tailpipe emissions. It also has a longer wheelbase compared to the petrol variant.

As is in the case with battery-electric vehicles (BEVs), the all-electric Corsa-e is cheap to drive. Depending on charging costs, a 100 km journey could be achieved in as little as Rs 50! The Corsa-e electric hatchback is a good entry level EV for those seeking to migrate to zero-emission electric driving. It is practical, and has a good EV range (209 miles WLTP). Moreover, this electric vehicle comes with 100 kW DC charging as standard (public charging), allowing the EV to be charged up to 80% SOC within 30 minutes.

The Nissan Leaf, is one of the best-selling electric cars globally, with more than 500,000 sold.  The BEV was first introduced in 2010 in Japan & the United States. It was introduced in the UK in 2011. The electric Leaf is now sold in over 59 markets across the globe. In fact, in celebration of the inaugural World EV Day (September 9th 2020), Nissan marked the production of the 500,000th Leaf. Europe remains the largest market for the plug-in electric Leaf, followed by the United States and Japan.

It has the unique distinction of being the first mass-market electric car in the world.  Since its launch, the ubiquitous EV has won numerous prestigious awards, to include, the 2018 World Green Car at the New York International Auto Show for the second generation Leaf.  The first generation Nissan Leaf won the 2011 World Car of the Year. In 2019, the Nissan Leaf was awarded the ‘Car of the Year’ in the Stuff Gadget Awards.

The all-electric Renault ZOE was first shown at the Geneva Motor Show in 2012, with deliveries commencing in the French market in December 2012. Since then, the ZOE EV has been a success for the French automotive behemoth, Renault. It has ranked as one of the best-selling top 10 electric cars globally in 2015 and 2016 and also been a top selling EV in Europe for the same years. In 2018, the ZOE won the ‘Best Green Car‘ at the inaugural FirstCar awards. In 2021, WHAT CAR? awarded the pure electric car, the prestigious accolade ‘Car of the Year 2021: small electric car best value’.

Renault has made significant improvements to its flagship plug-in electric car model, the ZOE pure electric car.  According to Renault, more than 150,000 ZOE zero-emission EVs have been sold across Europe over the past six years.

The series production of the all-electric VW ID.4 commenced in August 2020 at the company’s factory in Zwickau (Germany). The ID.3 VW hatchback electric car is also manufactured at the same location. The pure electric ID.4 is a compact crossover, well suited for families, seeking practicality and ample interior space. The ID.4 EV is a good all-rounder and a decent option for those seeking to migrate to zero-emission electric driving.

The pure electric SUV can be charged at home via a dedicated home EV charging station. Those with a 3-phase supply can take advantage of the 11kW on-board charger. The VW ID.4 EV is capable of rapid charging (125 kW) at public electric car charging points (199 electric miles in just 30 minutes).