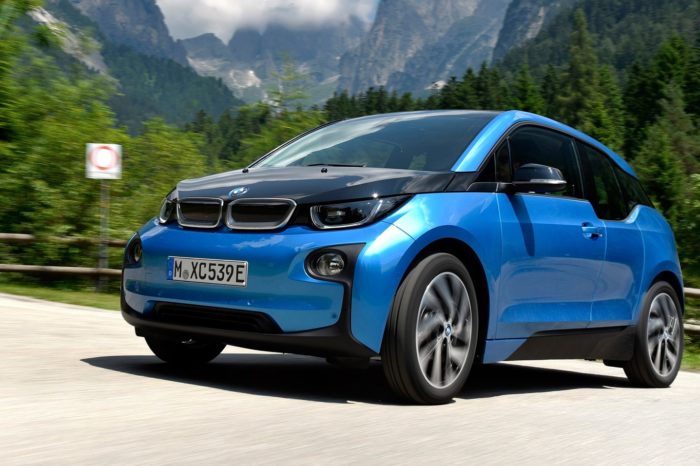 The BMW i3 Electric Hatchback

The BMW i3 electric hatchback is part of the BMW zero-emission sub brand ‘BMW i’. The plug-in electric i3 car is the first mass-market BEV manufactured by BMW. The BMW i3 made its debut at the International Motor Show in Germany 2011, with production commencing in 2013 in Leipzig, Germany.

The BMW i3 is a high quality compact electric car, perfect for families living in city centres or suburbs. The EV can easily fit children and young adults in the rear seat, with enough boot space for school gear, grocery shopping etc. The access to the unique rear-hinged rear seats is easy for children and adults. The 42.2 kWh EV battery size is sufficient for most requirements, to include weekend getaways and day trips. On a full charge, the hatchback electric vehicle can achieve nearly up to 200 emission-free electric miles (WLTP).

The BMW iX3 electric SUV is an evolution of the conventional internal combustion engine (ICE) BMW X3 SUV. Put another way, unlike many of the recent electric vehicles (EVs) introduced in the market, the all-electric BMW iX3 was not developed on a dedicated electric vehicle platform. However, the German manufacturer has done well in making the most of the incumbent petrol X3 and transforming it to a zero-emission electric vehicle (ZEV).

The production version of the pure electric BMW iX3 was unveiled in July 2020. The e-SUV is being manufactured in China and production commenced in September 2020. The battery-electric vehicle (BEV) SUV has been on sale from this year (2021). For those customers keen on migration to electric driving, but not keen on ‘futuristic styling’, the BMW iX3 BEV is a potential choice, as its design has not changed from the conventional petrol variant. Of course, as one would expect, there is no tailpipe in the electric iX3 and the front grille is different too! Apart from a few other small changes, much is the same!

The electric iX3 will not disappoint in terms of interior quality, comfort and space. As one can expect from German quality, the interior materials are a high standard, the infotainment system is responsive and high quality and driving the EV is a pleasure. The 80 kWh EV battery has been placed below the floor of the electric vehicle (EV), with good interior space (headroom and legroom) for the rear seat passengers. The e-SUV can be charged in under 35 minutes using a 150 kW public DC charger. The iX3 has won the prestigious WhatCar? Car of the Year award.

The All-Electric BMW i4 Gran Coupe

The BMW i4, is the first all-electric Gran Coupe. The electric vehicle (EV) is based on the iVision Dynamics concept that made its debut at the 2017 Frankfurt Motor Show. The i4 is an electrified powertrain of the 4-series and looks similar to the 4-series Gran Coupe.  It is slotted between the BMW i3 hatchback and the BMW i8 sports. The battery-electric vehicle (BEV) is assembled in Munich (Germany) and will be the first all-electric saloon for BMW. The i4 includes the fifth generation BMW eDrive Technology.

The pure electric BMW i4 will include lightweight carbon-fibre construction, which is currently featured in the all-electric BMW i3 and the BMW i8 EV. BMW is deploying a ‘flexible vehicle architecture’ that will be used by both internal combustion engine (ICE) vehicles and electric vehicles (EVs). The design has also been inspired by the BMW iNext SUV concept unveiled at the 2018 Frankfurt Motor Show.

The BMW i4 electric car is manufactured using ‘sustainable and green energy’.