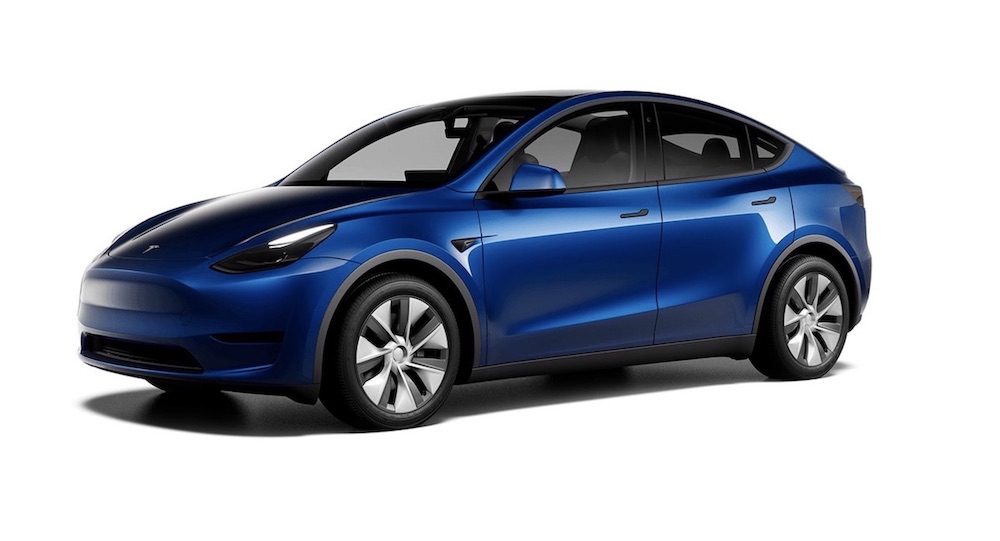 The Model Y is a Tesla Model 3 based crossover with inspiration also taken from the Tesla Model X SUV.  However the Model Y does not have the iconic ‘falcon wing doors’ used in the Model X. The Model Y has been developed to further increase the ‘mass market appeal’ of Tesla pure electric cars.  A strategy very similar to the successful Tesla Model 3.  However, unlike the Model 3, the Model Y has room for up to seven adults with an optional third row.  The extra seats are an additional cost.

The battery electric vehicle (BEV) is packed with technology, to include, 12 sensors to detect nearby vehicles, a 160 m forward facing radar for a long-range view of distant objects and 360 degrees cameras to provide maximum visibility. The Model Y has ‘Full Self-Driving’ capability (option priced at US$ 10,000 in the US).  The Model Y will compete head-on with the Ford Mustang Mach-E SUV and also with the award winning Jaguar I-PACE electric SUV.

Tesla commenced Model Y deliveries for the US market in early 2020 (6 months ahead of schedule).