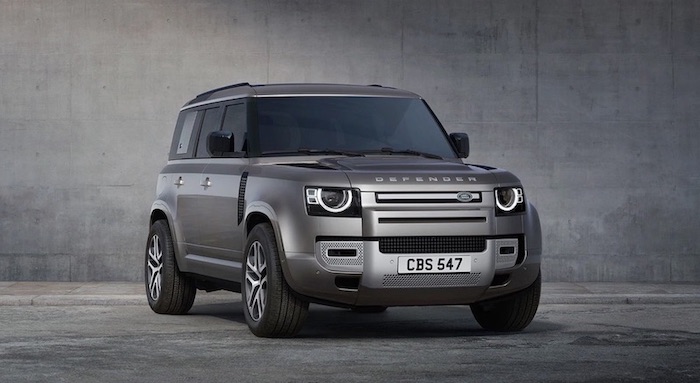 The Land Rover Defender is an iconic British off-road vehicle. The 4×4 SUV has gained a global reputation for its off-road capability and high quality. The production of the iconic internal combustion engine (ICE) Defender stopped in January 2016. Nearly 2 million Defenders were sold globally, across seven decades. The all-new Land Rover Defender made its debut in 2019 and shares little with its predecessor, except a strong legacy and heritage.

The Defender plug-in electric SUV has a 19.2 kWh EV battery with a WLTP zero-emission electric range of 27 miles. Depending on driving style, weather condition and the services used in the e-SUV, expect a real world range closer to 22 miles. However, that would be more than sufficient for most daily commutes using the EV battery i.e. driving emission-free and also saving money (the running cost per mile of an EV is far lower than a petrol or diesel car). Bottom-line driving on electric miles is both cost efficient and eco-friendly!

The Land Rover PHEV is practical and versatile without compromising on quality and comfort. The rear seats are comfortable for adults, with ample legroom and headroom and appropriate for most family requirements, to include, school runs, family outings, weekend trips, off-roading and a lot more! The boot space in this PHEV is excellent and one of the larger PHEV boot spaces. The interior quality of the plug-in electric SUV is high and driving is a pleasure, on-road or off-road!