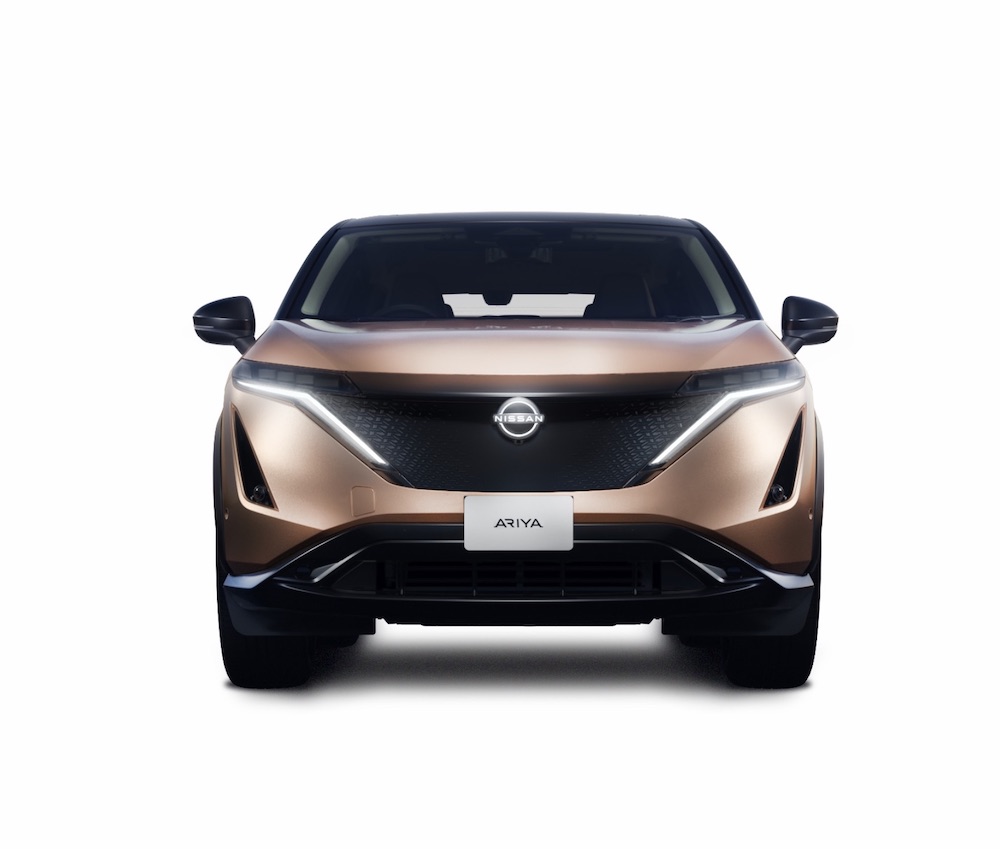 The all-electric ARIYA crossover SUV, is a new electric vehicle (EV) from the Japanese automotive manufacturer. It is the first all-electric SUV from Nissan. The Nissan ARIYA electric SUV was unveiled at the 2019 Tokyo Motor Show.

The mid-sized concept EV crossover is an expansion from the IMx concept unveiled in the 2017 Tokyo Motor Show (IM is the title Nissan uses for future-thinking self-driving and EV propulsion ideas).  The Ariya does not use the IM nomenclature.  The body style, though a significant improvement from the Leaf, does have a sense of ‘familiar’.

The interior is minimalistic, as we now expect to see with most electric cars, with upholstery sympathetic to the environment.  According to Nissan ‘in keeping with the Japanese notion of beauty in subtlety, the Ariya concept interior visuals reflect a timeless, modest sensibility’. The crossover compact electric vehicle is available in two EV battery options, 63 kWh and 87 kWh. The 87 kWh EV battery has an emission-free range of up to 310 miles (combined WLTP). The 63 kWh battery has an electric range up to 233 miles.