The All-Electric Renault Twizy: The Complete Guide For India 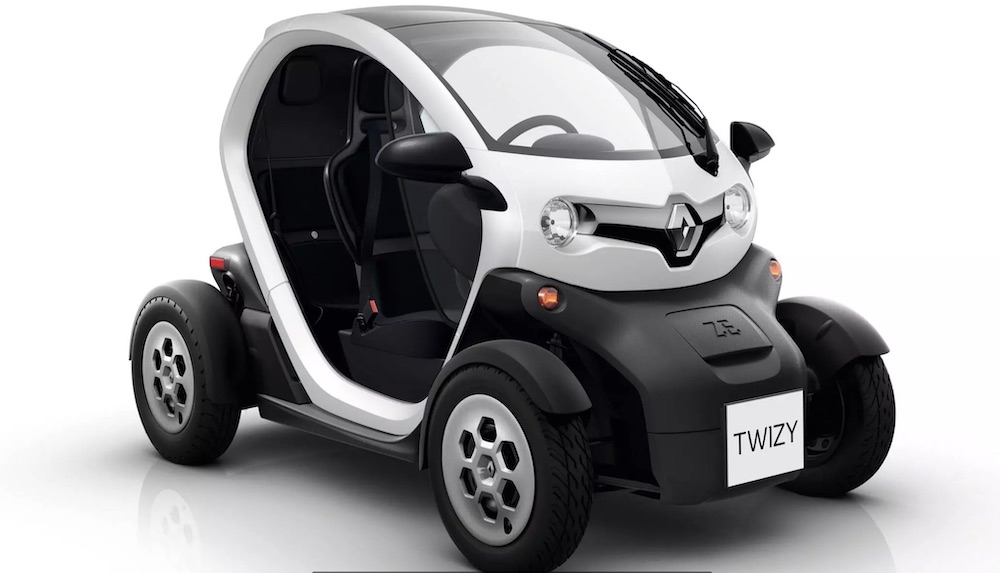 Groupe Renault (Renault Group), is a leading player in the global automotive sector. Renault is now part of the global Renault-Nissan-Mitsubishi alliance. The partnership makes these companies the 3rd largest automotive group in the world after Volkswagen and Toyota. Renault is headquartered in France.

The all-electric Renault Twizy is a compact two-seater for the urban environment. The electric vehicle (EV) is perfect as a second car for running errands and other shorter commutes within a city. The pure electric car has a decent range for shorter commutes (up to 56 miles WLTP on a full charge). The car is cheap to run and depending on electricity prices, can cost as little as 2 pence per mile. The car can be charged within 3.5 hours using any domestic plug i.e. no need for a dedicated electric car charging station.

Of course, given the compact size of the car, it is easy to park in densely populated cities like Delhi! Doors are optional for this city car. We recommend adding the doors, given the weather in the India. The quadricycle battery-electric vehicle (BEV) is currently manufactured in South Korea, but was originally produced in Spain. The green car concept made its debut in 2009 at the Frankfurt Motor Show. Renault started selling the compact zero-emission EV in 2012. Despite some of its limitations, the EV has sold well, in particular in Asia. The electric car is also very popular with car sharing schemes.