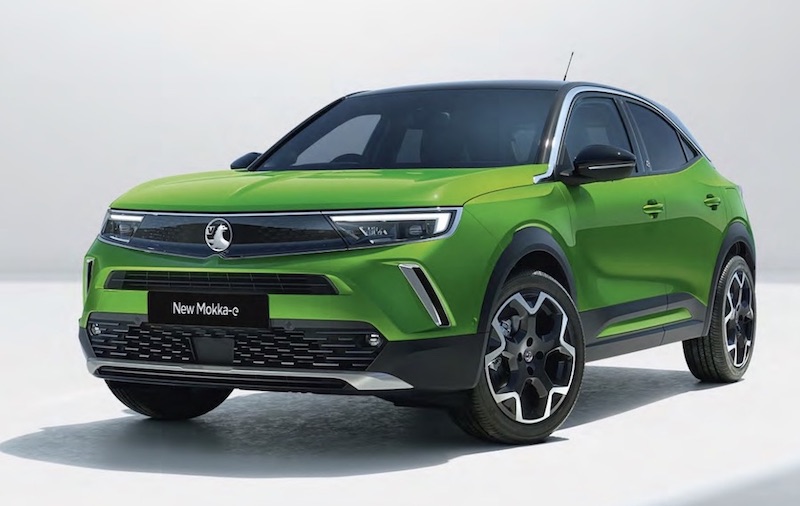 Vauxhall Motors (Opel) is part of the Netherlands based Stellantis N.V., which was formed by the merger of Fiat Chrysler Automobiles (Italian/ American) and Groupe PSA (French). You may not be familiar with these names, but the automotive brands in the portfolio would be well known to most consumers. These include: Maserati, Opel, Peugeot, Jeep, FIAT, Alfa Romeo etc. The Vauxhall electric vehicle (EV) portfolio includes both, battery-electric vehicle (BEV) and plug-in hybrid electric vehicle (PHEV) models:

The Mokka-e is the battery-electric vehicle (BEV) SUV variant for the hugely popular petrol and diesel Opel Mokka compact SUV. The re-designed zero-emission pure electric SUV has a 50kWh EV battery, capable of up to 201 electric miles (WLTP). The electric SUV has three driving modes: Sport, Eco and Normal. The electric SUV is a good first step for families keen to migrating to zero-emission electric driving. It is a perfect EV for urban centres, without compromising on space and drive quality. It is currently not available in India.