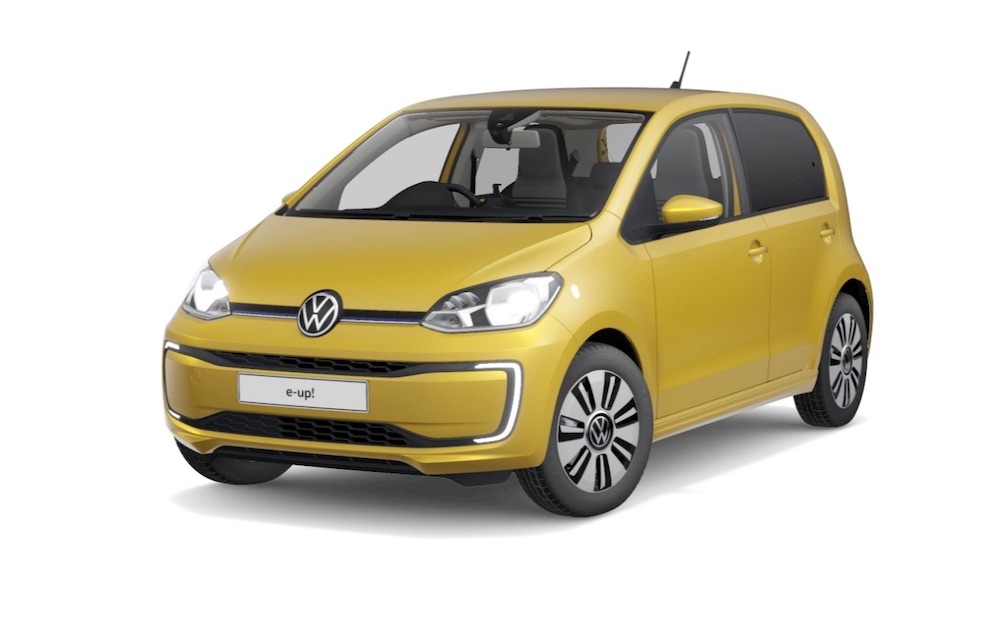 The Volkswagen e-up! is a city car that was launched as an internal combustion engine (ICE) model in 2011. The battery-electric vehicle (BEV) variant was launched in 2013 at the International Motor Show Germany. The original pure electric e-up! had a 18.7 kWh lithium-ion EV battery. The second-generation all-electric VW e-up! was announced in 2019.