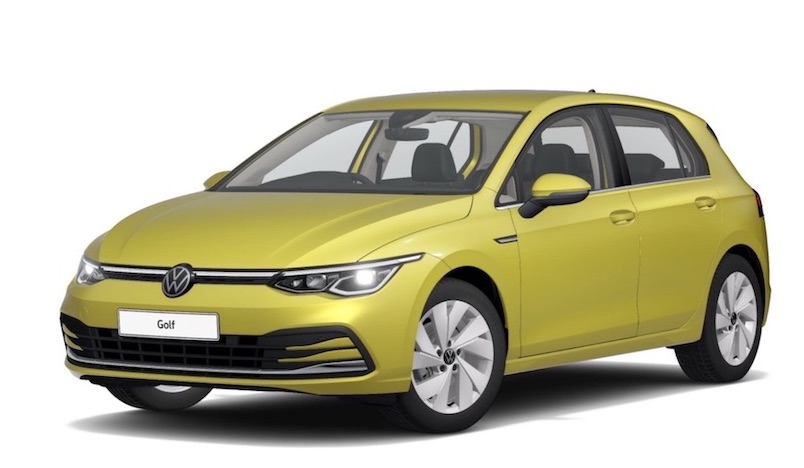 Volkswagen AG, the Germany automotive group is one of the leading automotive companies in the global electric vehicle (EV) industry. Volkswagen has committed to an investment up to Euro 30 billion by 2023. It aims to sell 3 million electric vehicles by 2025 and launch up to 70 new EV models over the next 10 years. The VW EVs include:

The Volkswagen Golf 8 (Mk8) hatchback is the eight generation of the iconic VW Golf hatchback series. VW Golf cars have been sold since 1974. The Golf has won a number of prestigious motoring accolades over the past 6 decades. The latest iteration of this best-selling vehicle, the Golf 8, was launched in 2019 in Germany. The Golf GTE variant is a high-performance PHEV of the VW Golf and is built on the Volkswagen MQB platform. PHEVs are perfect for individuals and families:

The Volkswagen plug-in electric hatchback has a 13.0 kWh EV battery with a WLTP zero-emission electric range of 40 miles. Depending on driving style, weather condition and the services used in the e-hatchback, expect a real world range closer to 35 miles. However, that would be more than sufficient for most daily commutes using the EV battery i.e. driving emission-free and also saving money (the running cost per mile of an EV is far lower than a petrol or diesel car). Bottom-line driving on electric miles is both cost efficient and eco-friendly!

The VW plug-in electric car is practical and family-friendly, with amply space for short and long commutes. The electric vehicle (EV) is cheap to run on the zero-emission electric mode.