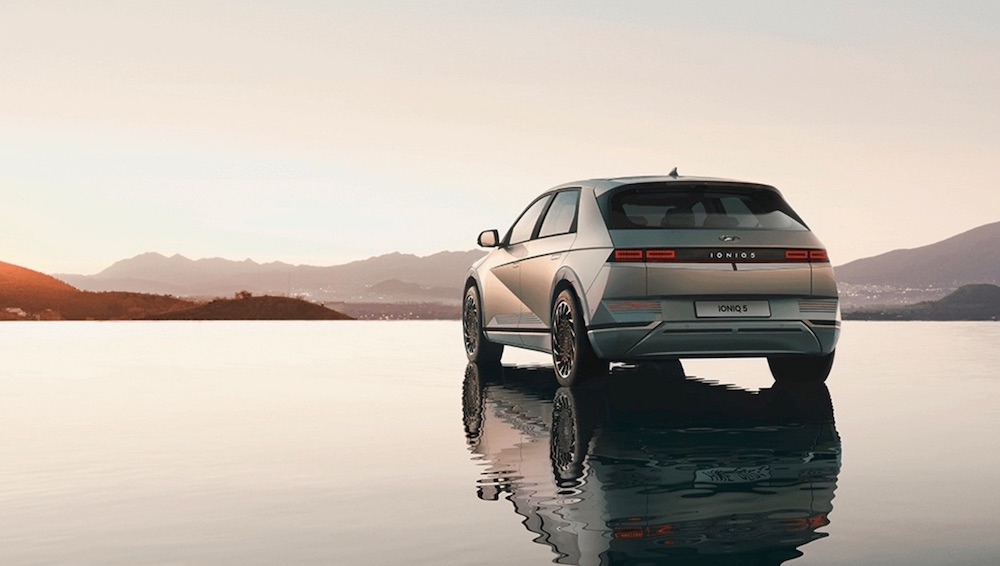 The Hyundai IONIQ 5 is a compact SUV, revealed globally in February 2021. It is being marketed and sold under the Hyundai dedicated EV sub brand ‘IONIQ’. It is the first electric vehicle to be built on the dedicated Hyundai electric vehicle platform, the Hyundai- Electric Global Modular Platform (E-GMP). This EV platform allows the, IONIQ 5 to have a wheelbase of 3 metres and a fully flat interior floor, resulting in an increased interior space.

The IONIQ EV exterior is futuristic, coupled with a minimalistic interior. The electric vehicle (EV) is most appropriate for families living in towns and cities. The e-SUV is available in two EV battery size options (58.2 kWh & 72.6 kWh) with an emission-free range of 298 miles, for the larger battery option. The EV is available in both, rear-wheel drive (RWD) and all-wheel drive (AWD) options.

The electric vehicle (EV) has a 10.5 kW AC on-board charger and is capable of DC charging up to 220 kW (10-80%: 18 mins). A perfect step towards fun and environmentally-friendly electric driving.