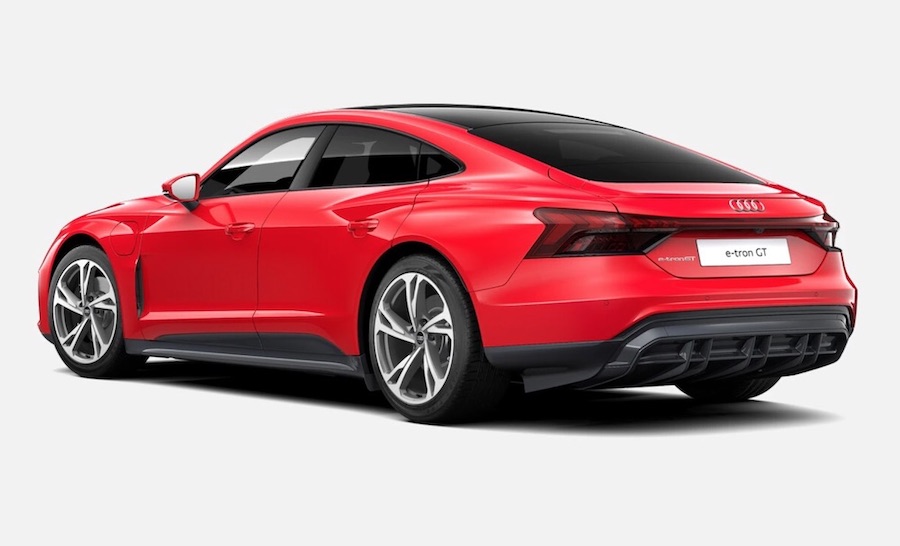 The Audi e-tron GT concept electric vehicle (EV) was shown in 2018 in Los Angeles. Images of the production model were released in late 2020. The EV shares a lot in common with the all-electric Porsche Taycan (Porsche is also owned by the Volkswagen Group). The Audi e-tron GT pure electric saloon is manufactured in Germany. The battery-electric vehicle (BEV) has been on sale on since March 2021.