The All-Electric Mercedes-Benz EQA SUV: The Complete Guide For India 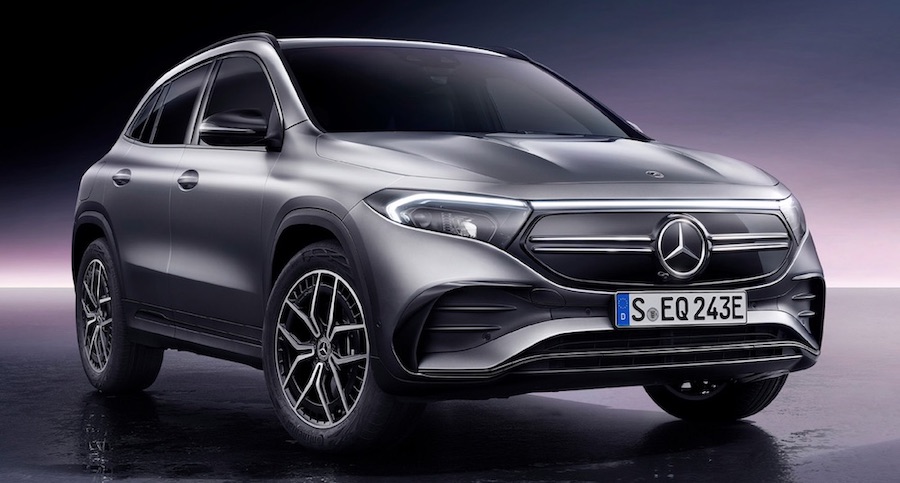 Mercedes-Benz, simply known as Mercedes, is a leading global luxury automative manufacturer based in Germany. The company is headquartered in Stuttgart and is famed for its high quality passenger vehicles, to include the Mercedes-Maybach. However, the company is also a leader in manufacturing commercial vehicles, to include the plug-in Mercedes eSprinter commercial EV and the plug-in Mercedes eVito electric van.

The all-electric Mercedes EQA compact SUV is part of the Mercedes EQ electric mobility family. The electric EQA is closely related to the conventional Mercedes-Benz GLA vehicle. The luxury compact EV is initially available only in the EQA variant. However, the company is expected to make available two more variants (EQA 300 4MATIC and the EQA 350 4MATIC) for this electric vehicle (EV). The EQA 250, has 190 hp, while the EQA 300 and the EQA 350 have, 228 hp and 292 hp, respectively.

The EV is being built at the Mercedes-Benz Rastatt factory, which has reduced its CO2 output by 58% between 2011-2019. The automotive company is committed to achieving ‘CO2 neutral’ for all its factories globally by 2022.

As you would expect from Mercedes, the EQA is a highly refined pure electric SUV. The compact SUV is appropriate for those individuals and families living in cities and adjoining suburbs. The EV is equipped with the Mercedes-Benz User Experience (MBUX) infotainment system.

The EQA 250 is available in only one EV battery size (66.5 kWh) with an emission free electric driving range over 250 miles. The EV has an 11 kW on board charger and can be rapid DC charged up to 100 kW (30 mins). The e-SUV is perfect for day trips, as well as short commutes!