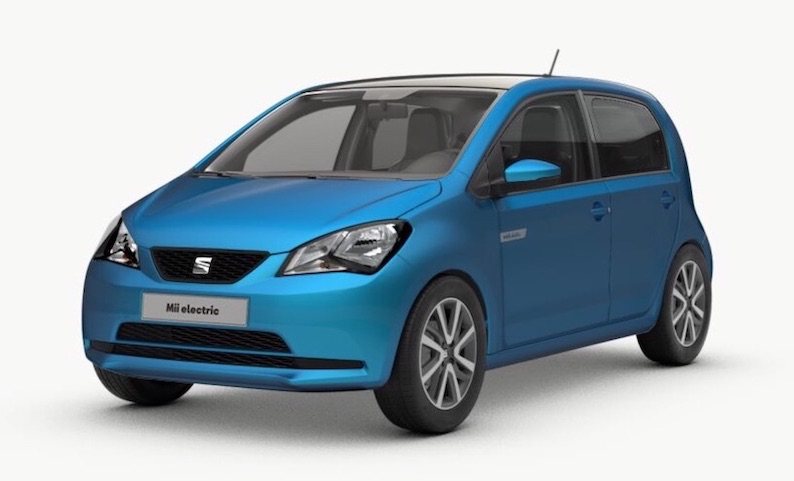 SEAT S.A. is Spain’s first family car manufacturer. The automotive company was founded in 1950 and is headquartered in Martorell, Spain. In 1986, SEAT was sold to the German automotive group, Volkswagen A.G.

The SEAT Mii electric is the first all-electric car from the Spanish automotive company. The pure electric car is targeted at the urban consumer, seeking affordable and clean zero-emission electric driving. The electric vehicle (EV) is suitable for individuals and small families seeking an affordable electric car.

The WLTP electric range is over 155 miles. The compact electric hatchback is easy to drive and park in congested city centres. The EV is also suitable for day trips! The city electric car can be charged using both DC (40kW) and AC (7.2kW) charging, making it convenient to charge at home and on the road.