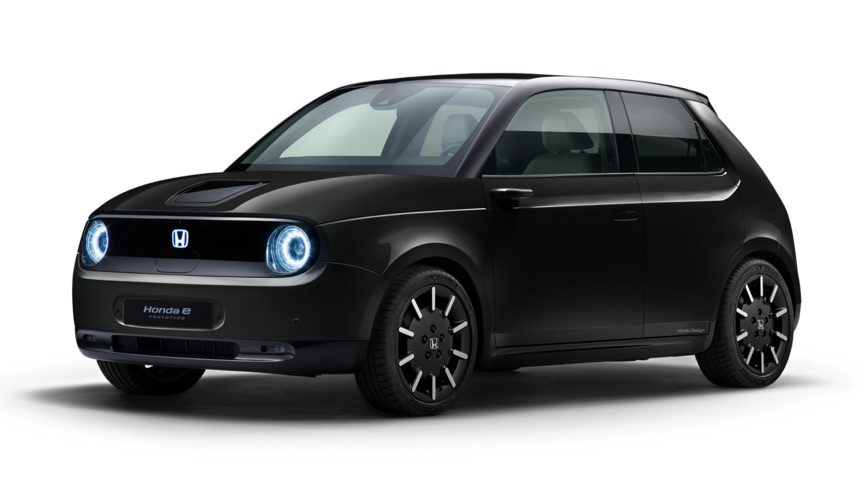 Honda Motor Company is a leading global manufacturer of automobiles, motorcycles and power equipment. The company is headquartered in Tokyo, Japan. Honda is the world’s largest motorcycle manufacturer. The company is also the 7th largest automotive manufacturer in the world, with an annual production of over 5.2 million vehicles. Honda has won strong loyalty from its customers, given the reliability of its cars. Models like the Honda Civic and the Honda CR-V crossover have helped establish the company enviable reputation for reliability.

The all-electric Honda e-prototype car is based on the Honda Urban EV concept.  The Urban EV concept made its debut at the 2017 International Motor Show, in Germany. It is Honda’s first mass-market all-electric car.  Honda is ramping up its commitment to electrification with all new Honda’s in Europe to be electrified by 2025.

An adorable, cute, clean and simple design.  The premium compact battery-electric vehicle (BEV), minimalist design has been inspired by the first-generation Honda Civic. Positioned primarily for driving in urban environments, with a range that is appropriate for shorter commutes. Honda is targeting urban commuter that drive up to 30 miles a day. Built on a dedicated platform, with rear-wheel drive.  A smaller lithium-ion EV battery pack (35.5 kWh) to keep weight down. The battery is liquid-cooled to maximise performance in all weather conditions.

The electric vehicle (EV) has a zero-emission range up to 137 miles. The EV can be charged up to 50 kW DC at public charging stations and has a 6.6 kW AC on board charger.