The All-Electric Mazda MX-30 SUV: The Complete Guide For India 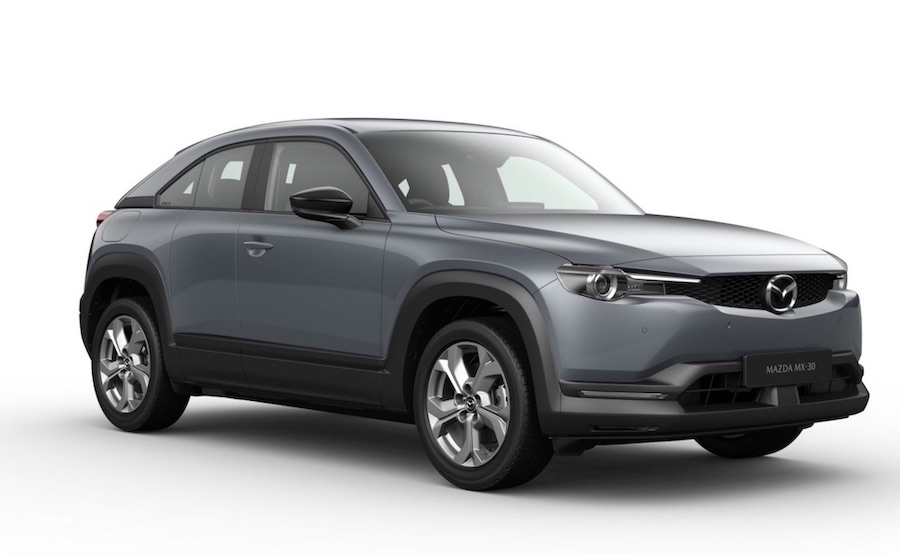 The all-electric Mazda MX-30 crossover SUV, is the first production battery-electric vehicle (BEV) from Mazda. The pure electric compact SUV was unveiled at the 2019 Tokyo Motor Show. The Mazda electric vehicle (EV) has been positioned for the urban driver, with the Japanese automotive manufacturer following a very similar ethos to Honda-e, in keeping the EV battery size small. Both the Mazda MX-30 and Honda-e use a 35.5 kWh lithium-ion EV battery.

Mazda is unique, in that, one of the key determinants of the EV battery size was the ‘life-cycle’ environmental impact.  According to Mazda, the smaller battery pack has a more positive environmental footprint, challenging some of the conventional wisdom in the electric vehicle sector, with automotive manufacturers aspiring for large EV batteries with longer zero-emission range.

The electric vehicle is positioned for the young urban commuter and its 35.5 kWh battery size reflects the shorter city commutes.  However, the 124 miles zero-emission electric range can easily be used for weekend getaways.  The battery is supplied by Panasonic. The company has also opted for low-impact and sustainable materials for the inside cabin, to include, recycled plastic bottles and cork harvested from the bark of trees without felling.

The electric vehicle (EV) has a 6.6 kW AC on-board charger and is capable of DC charging up to 50 kW (0-80%: 36 mins). A perfect step into affordable and fun urban electric driving.