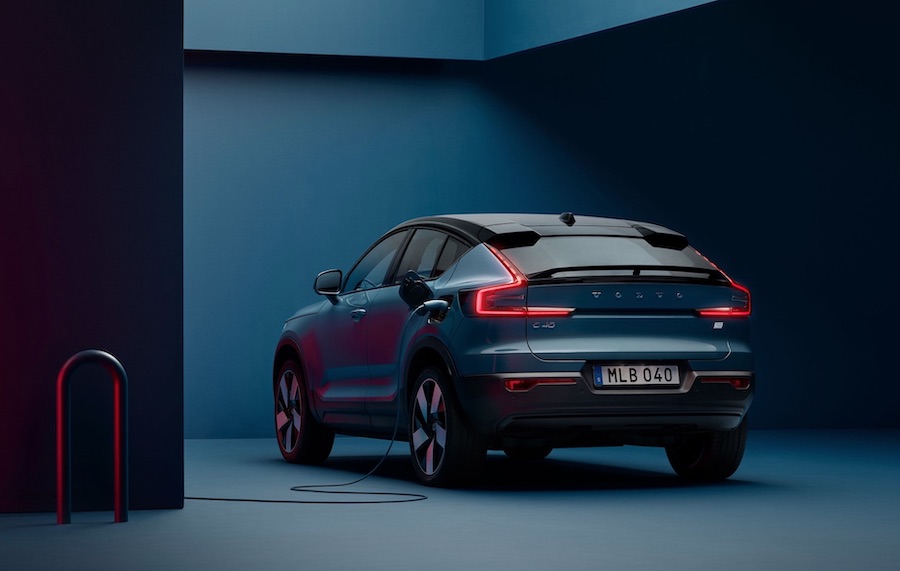 Though the Volvo C40 pure electric SUV has commonality with the all-electric XC40 Recharge, the C40 has been designed as a compact crossover SUV, with a sportier look. The exterior styling includes a sloping roofline, different to the XC40 exterior styling. The C40 has the same battery size as the XC40 (78 kWh) and has a similar electric driving range. The Volvo C40 was released in March 2021 and will commence production later in 2021. It is initially available only on a subscription basis via ‘Care by Volvo’, the all-inclusive car subscription service from Volvo.

The all-electric compact Volvo SUV is perfect for families already familiar with the advantages of owning and driving a Volvo car i.e. a fantastic reputation for safety and quality. Of course, the electric Recharge further enhances this enviable reputation, given the environment-friendly nature of zero-emission vehicles (ZEV) i.e. no tailpipe pollution!

The e-SUV is practical and versatile without compromising on quality and comfort. The rear seats are comfortable for adults, with ample legroom and headroom. The electric vehicle (EV) has a decent range (over 250 miles WLTP on a full charge), more than appropriate for most family requirements, to include, school runs, family outings, grocery shopping and a lot more! The EV can be charged up to 150kW DC charging, and includes a 11 kW on board charger as standard.