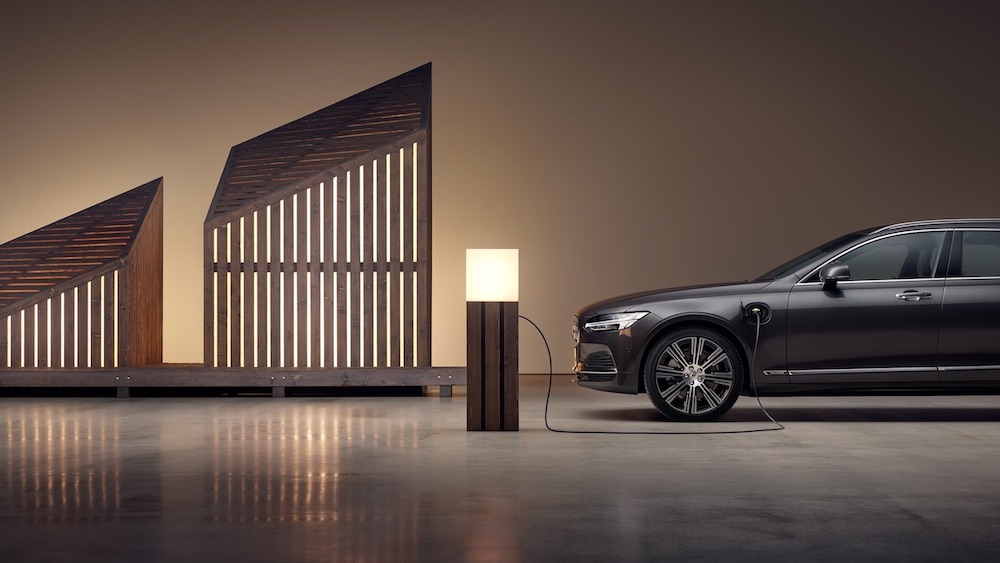 The Volvo V90 conventional petrol and diesel variant has been available since 2016. It made its debut at the Geneva Motor Show in 2016. The conventional V90 received a facelift in early 2020. As with other Volvo models, the company has also introduced the V90 as a plug-in hybrid electric estate car.

The plug-in electric Volvo estate (PHEV) is perfect for families already familiar with the advantages of owning and driving a Volvo car i.e. a fantastic reputation for safety and quality. Of course, the electric Recharge PHEV further enhances this enviable reputation, given the environment-friendly nature of lower emission plug-in hybrid electric vehicles (PHEVs).

The Volvo plug-in electric estate has a 10.4 kWh EV battery with a WLTP zero-emission electric range of 35 miles. Depending on driving style, weather condition and the services used in the e-estate, expect a real world range closer to 28 miles. However, that would be more than sufficient for most daily commutes using the EV battery i.e. driving emission-free and also saving money (the running cost per mile of an EV is far lower than a petrol or diesel car). Bottom-line driving on electric miles is both cost efficient and eco-friendly!

The Volvo PHEV is practical and versatile without compromising on quality and comfort. The rear seats are comfortable for adults, with ample legroom and headroom and appropriate for most family requirements, to include, school runs, family outings, grocery shopping and a lot more! The interior quality of the electric estate is high and driving is a pleasure.