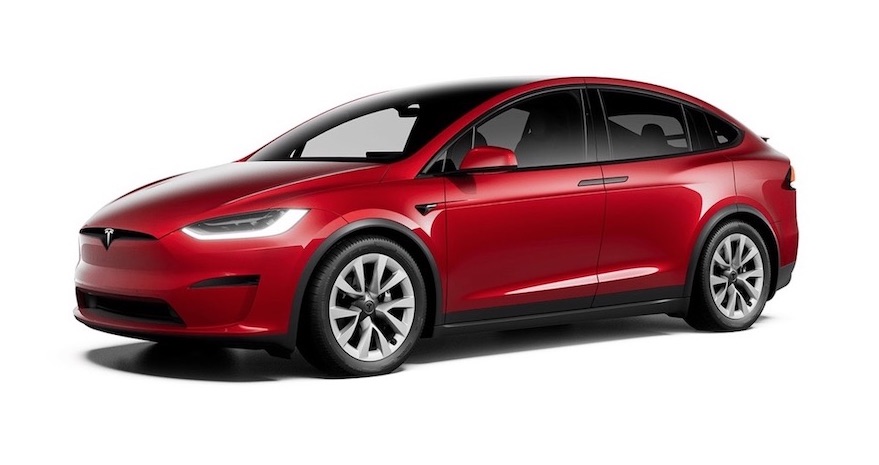 The Model X prototype was unveiled in 2012.  The mid-sized all-electric SUV with its Falcon wing doors has certainly contributed to Tesla’s cache.  The Model X was designed from the Model S platform and still retains much in common with the Model S.  The Model X deliveries commenced in late 2015.

Like other Tesla electric cars, the Model X has also claimed its fair share of awards.  In 2017, Forbes named the zero tailpipe emission SUV the ‘Best Vehicle of the Year’.  In the same year the Model X was also awarded the ‘Top Green Vehicle’ by the American Automobile Association. The Model X SUV also holds the unique distinction of achieving a Guinness World Record for the ‘heaviest tow by an electric production passenger vehicle’. In 2018, the zero-emission electric vehicle (EV) towed a Boeing 787-9 aircraft.

As of 2021, the pure electric SUV is available in only two trims, the Long Range and the Plaid model.